The number of rejected RAMS dropped from 100% to 0%

Sarah Brighton, Operations Director at Silverlife, focuses on ensuring the company remains compliant to accreditations, and that they have all the right processes in place with the paperwork to back them up. With Silverlife working across mechanical and electrical engineering projects for the build to rent, fit-out and high-end residential markets, the paperwork and accreditations are extensive.

However, there was one area that the company consistently struggled to get right; risk assessments and method statements (RAMS). There was a complete lack of consistency to completed RAMS. "It just came down to who wrote them. They could vary from having loads - borderline too much - information within the RAMS to nothing at all," said Brighton.

At the time, Silverlife was creating RAMS using Microsoft Word templates for specific tasks its divisions completed. The process was inefficient. Due to the lack of portability of Word templates, RAMS were often created by an office worker with a job specification sheet rather than someone on-site with detailed knowledge of the project. Information was shared via email between the teams, leading to time wasted trying to find what was needed in an old message; or worse chasing it, as the relevant people hadn't been CC'd.

Without central document control, it was left up to the individual where they would put information within a RAMS. Every single document was different, and it became impossible to find information quickly as it was never in the same place.

However, the tipping point for Brighton was dealing with nearly all their risk assessments getting rejected by their clients. "There was a constant backwards and forwards that our RAMS weren't good enough. We were struggling to keep on top of regulations; they didn't have the right information; they were missing COSHH. We were wasting a considerable amount of time and money, and I knew there had to be a solution for creating RAMS that would help us achieve compliance" said Brighton.

“There was a constant backwards and forwards that our RAMS weren't good enough. We were wasting a considerable amount of time and money, and I knew there had to be a solution for creating RAMS that would help us achieve compliance” 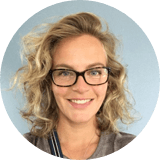 It was clear to Brighton that they needed to invest in the risk assessment process; and that despite an initial outlay on software that was unplanned, the company would ultimately see time and financial savings that would make the investment worthwhile.

Brighton identified the most important elements a RAMS solution would need to help Silverlife overcome its challenges:

Upon first seeing HandsHQ, Brighton knew it would solve the problems Silverlife were experiencing. "I immediately understood that HandsHQ would meet our needs and would deliver excellent value for money," said Brighton. "Additionally, it was such a straightforward process; they clearly understood our environment and what I needed.”

“I have more time to focus on strategic work, to get out and meet new clients. None of this was possible before HandsHQ.”

Within a week of becoming HandsHQ customers, the Silverlife project team had training on the platform and were creating the consistent risk assessments that had been previously unattainable.

Brighton reports that Silverlife has experienced time-savings as a result of digitalizing their RAMS process with HandsHQ. Prior to using the platform, it would take two hours on average to create RAMS; this has dropped to less than half an hour, leading to 540 hours saved per year and an operational savings of over £13k.

"With this time savings, I have an improved overview of what the teams are doing; I'm not spending my time on risk assessments. I understand what the projects are doing right, and where improvements should be made," said Brighton. "I have more time to focus on strategic work, to get out and meet new clients. None of this was possible before HandsHQ."

Founded over 14 year ago, Silverlife have become renowned for delivering bespoke MEP solutions to some of the leading names in built environment.

Download PDFTry HandsHQ for free
Get your 14 day free trial
Get to experience HandsHQ for 14 days and see for yourself the difference it can make to your business.