Event Concept produces more than 600 events each year for its illustrious client base, which includes Cambridge University, Bulgari and the Wall Street Journal. Each event requires a risk assessment and method statement (RAMS) to be produced  in advance.

The team works collaboratively to produce the RAMS, with each specialist contributing their own elements. Previously, this was an entirely manual process which, to save time, often relied heavily on “cut and paste”.

Adam Wright, Operations Director, explains the problem: “We were getting a lot of mistakes. For example, not taking out a balcony section in a RAMS for a venue that doesn’t have a balcony. It was getting picked up on by the venues; we weren’t doing enough to fulfil what they wanted.”

"In the last twelve months, we’ve been onboarding a huge number of staff. Within half an hour, they’re up and running with HandsHQ because it’s so intuitive. That’s a huge change from the previous, manual process.” 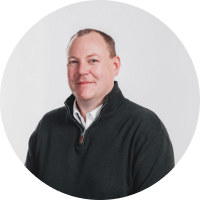 Adam looked for a solution to eliminate the missed or non-specific RAMS. The company initially looked at HandsHQ in 2017. When Adam looked at the solution again in 2019, he and the rest of the Health and Safety committee knew it would solve the problems.

“HandsHQ delivered what we wanted to do,” says Adam, “It slotted in but was customisable enough too. Unlike some of the construction-oriented solutions we looked at, HandsHQ offered the flexibility to support our industry.”

HandsHQ was quickly adopted by the team. It has proved to be incredibly easy to use and intuitive. Like many in the events industry, Event Concept is busy rebuilding after the disruption of COVID-19 and the pandemic lockdowns.

Adam says, “In the last twelve months, we’ve been onboarding a huge number of staff. Within half an hour, they’re up and running with HandsHQ because it’s so intuitive. That’s a huge change from the previous, manual process, which used to take a long time for people to get up to speed.”

The ease of use has helped to streamline the onboarding process. Adam says, “A new starter may need to learn ten software packages. That’s a huge amount to learn – but HandsHQ is a breath of fresh air. It’s been a major advantage.”

"The quality of documentation has gone up massively. Now, we can use the RAMS we produce in HandsHQ as part of our crew briefings and our contractor information packs."

Event Concept began using HandsHQ in December 2019. Adam says that, since then, the quality of RAMS being produced has drastically improved.

“The quality of documentation has gone up massively. Now, we can use the RAMS we produce in HandsHQ as part of our crew briefings and our contractor information packs. People are committed to the process because they know there’s a real purpose to it; it’s not just a mundane tick-box exercise.”

The improved quality of the RAMS being produced was evidenced during the renewal of the company’s ISO 45001 certification. Adam explains, “We weren’t having to scrabble around for a ‘good’ risk assessment – we could pull off any of the risk assessments on HandsHQ and it was good. Together with the clearly defined risk register HandsHQ gives us, it was fundamental to making it easier to pass than it ever has been before.”

The streamlined approval process is Adam’s favourite benefit. It has saved a great deal of his time because he is no longer searching through folders to see whether a PDF has been completed. Being able to easily see and track the status of RAMS has been a  huge change.

Further, productivity has increased. HandsHQ has halved the time it takes for Event Concept to produce a RAMS. It ensures version control in a collaborative process. As a result, RAMS are being produced earlier in each event production process. Plus, the time wasted looking for documentation has been eliminated.

“HandsHQ has increased our communication with and the accountability of our contractors,” adds Adam. “We have a physical signature from them, so I know they have opened and signed each RAMS.”

Event Concept is now working with the HandsHQ team to drive further improvements. “Because of the notifications we’ve been able to create around HandsHQ, there is so much less chance of us missing something. That’s a huge advantage for us,” Adam explains. “We’re now working with HandsHQ developers to use the APIs to trigger automated workflows through the business. It’s really changing the way we work.”

All in all, the Event Concept team is very pleased with the decision to implement HandsHQ. Although it was first installed immediately preceding a very difficult period for the industry, HandsHQ is now greatly aiding the build back.

“Generally, our experience of HandsHQ has been fantastic,” concludes Adam, “Not just the product – but the whole team and everyone with whom we’ve worked.”

Event Concept is a creative event production agency based in central London. It applies specialist knowledge in event planning, conceptual design and technical production to create engaging experiences on any scale – including corporate conferences, grand galas and consumer brand experiences.

Download PDFTry HandsHQ for free
Get your 14 day free trial
Get to experience HandsHQ for 14 days and see for yourself the difference it can make to your business.