W Portsmouth & Co. is a family-run electrical contractor based in Luton, Bedfordshire and London with over 70 employees working on contracts ranging from £10,000 to £2 million plus. Through their certifications in a number of industry bodies, they've demonstrated their commitment to health and safety as well as electrical excellence.

W Portsmouth routinely works on up to 10 large projects each year, meaning that a number of employees can be working on different projects simultaneously. Before switching to HandsHQ, that meant a lot of time spent on raising RAMS documents and sending them to clients. This was compounded by the fact that it was difficult to view other managers’ RAMS documentation and that risk assessments were produced in PDF format, while all their methods statements were in Word documents.

Further adding to the time required to complete health and safety documentation was the generic, text-heavy templates that were used by the previous system—users were often required to type in much of the information needed for the RAMS documents. This required additional time and made it more likely for managers to recycle old risk and methods statements.

Michael Fallon, the contracts manager for W Portsmouth’s small works team, says that the process for RAMS documentation now takes half the time that it used to, saving the company dozens of productive hours over the course of a month. He also appreciates the mobility of the app: “I can access it from home, and I can access it on site with a laptop; because it’s web-based, we find it very helpful.”

Contracts Manager Adam Harlow agrees: the ability to log in from anywhere and the speed at which RAMS documents can be created are big selling points for the HandsHQ app. Much of the speed is derived from the simplicity of the app: “you can tick a box and it enables you to put sequences of operations in, whereas before you had to type things, keep adding things.”

“Everyone using HandsHQ is very impressed with it... Previously we often had negative comments back from principle contractors asking for numerous amendments where detail was lacking. But to date, we haven’t changed anything as the first issue has been correct” 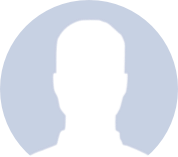 Another benefit that W Portsmouth has seen since adopting HandsHQ is that it’s easier to keep everything organised. “It’s just an easy system to use, everything is stored in one area,” says Fallon. In addition to simplifying the record-keeping process, this also allows managers to see other managers’ RAMS documents if they have a question about their own documentation or if they need to cooperate on a project.

Not only are storage and record-keeping simplified, but so is transmission of the documents. Harlow relates that now contractors can send “a single file instead of a PDF risk assessment and a Word document methods statement,” something that certainly contributes to the professional image of W Portsmouth. Add to that the fact that the customisation afforded by the HandsHQ app has made their RAMS documents much less generic, and the company is very happy with the product.

W Portsmouth & Co
Download PDFTry HandsHQ for free
Get your 14 day free trial
Get to experience HandsHQ for 14 days and see for yourself the difference it can make to your business.