The problem: a generic, inflexible process that resulted in a high level of rejections

With around 20 employees, RAMS documentation responsibilities generally fell on GCL’s four project managers. As with the managers at many companies, they used a Microsoft Word document that they’d update for each job, resulting in documents that differed between managers and lacked continuity throughout the business.

Managers also struggled to create task-specific documents for projects. “It used to get quite messy at times,” says Andy York, Health and safety co-ordinator at GCL. It could take a couple hours to get a document completed to a client’s specification, only for it to be rejected for not being specific enough to the site and the job at hand.

The company recently ran into a difficulty with their RAMS documentation on a job in Liverpool: they hadn’t planned on needing roof access, but they found that they needed to test a piece of HVAC equipment. GCL hadn’t considered all of the risks entailed in working on the roof in their RAMS document, and the building manager didn’t grant access for the GCL team.

Since switching to HandsHQ, GCL have had zero RAMS documents rejected. The ability to easily select job specific risks allows managers to easily create documents specific to each project, ensuring that risks are well-documented and GCL’s commitment to safety is made clear to their clients. The documentation can now be raised in minutes, saving the company valuable hours.

York appreciates the flexibility that’s offered, as well: “If it’s not exactly as we need it, the wording can be altered.” He also applauds the portability of the app: “It’s great that it’s all cloud-based and you can access it from your mobile phone. It’s a lot easier than having to make sure you’ve got a PC or a network connection in a site office.”

HandsHQ has become a vital tool in achieving and maintaining our OHSAS 18001 accreditation, simplifying the process of producing risk assessment and method statements without compromising the content. 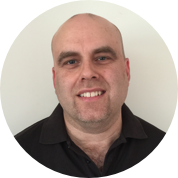 And the roof job in Liverpool?

“I managed to do the updates on my mobile phone using the HandsHQ site,” says York, “and e-mail it from my mobile to the building manager’s desk, and we received immediate access to the roof.” This is a big change from how GCL used to work in the past: “I wouldn’t have been able to do that previously, because I would need to go down to the office, get a laptop fired up, and take the time to develop a new document.”

York was also impressed with the experience of accessing the HandsHQ app from his mobile, saying that despite the small screen size, it was easy to fill in the necessary sections and enter text if needed.

But he isn’t the only one impressed with the HandsHQ app: GCL recently renewed their ISO 18001 accreditation, and the auditor found GCL’s documentation and the HandsHQ app so remarkable that he asked for more information about HandsHQ so that he could recommend to other clients.

After spending time with the app, York emphasises its ease of use: GCL deals with a number of sub-contractors, often one- and two-man outfits who, despite having sufficient health and safety knowledge, struggle with compiling RAMS documents. “It’s people like that, definitely, [that would benefit from the app].”

GCL
Download PDFTry HandsHQ for free
Get your 14 day free trial
Get to experience HandsHQ for 14 days and see for yourself the difference it can make to your business.