Jessella is part of The Heola and Napkin Group, headquartered in St Albans, UK with a combined turnover approaching £85m. (Jessella £40m, Drywall £30m, Stratton £10m , Jessella Roofing £5m).
As the company has grown, so have the health and safety requirements. Mick Radcliffe joined Jessella as Health and Safety Manager in October 2020. In addition to his day-to-day responsibilities, he was asked to look into the procurement of a system for digital risk assessments and method statements (RAMS).

“With HandsHQ you can’t really miss anything out. You carefully select the right options and you have an in-depth/site specific/detailed RAMS in no time at all. Instead of taking a few days, it’s done in hours – or even minutes.” 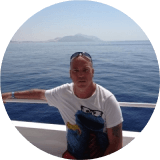 One of the companies in the group was already using a RAMS app, so it made sense to explore that as a possible option. However, Mick wasn’t impressed. “It was nowhere near as good as HandsHQ,” he states, “so I suggested at one of the health and safety meetings that we look at HandsHQ.”

The team had a live demo of the HandsHQ RAMS solution and Mick recalls, “Everybody at the meeting thought it was great.”

In the meantime, Mick had tried a 14-day free trial of a competitive solution. “It was rubbish,” he remembers, “cheap is not always better, as you know.”

Although the Operations Director had some reservations about the price difference, he was quickly won over by the extra functionality and ease of use of HandsHQ. “We chose HandsHQ because it is a far superior system,” says Mick.

“Now we’re using HandsHQ, it will be even easier to track everything.”

Jessella implemented HandsHQ in June 2021. Initially, the system was rolled out to Mick and the five contract managers. Each contract manager is responsible for completing the RAMS for each of the four or five sites which they oversee.

Mick says, “HandsHQ is very easy to use and the content is so extensive. All the Coronavirus content is just great. We can add images, add drawings, it’s just endless really. The team thinks it is great.”

Because the system is so easy to use, Jessella now plans to change RAMS processes so the assessments are completed by the site managers rather than the contracts managers, freeing up the time of this expensive resource.

As well as now having a standardised and centralised record system, the time savings for Jessella have been huge. Mick says, “With HandsHQ you can’t really miss anything out. You tick the boxes and you’ve got the RAMS ready. It could have taken a few days previously. Now, with HandsHQ, we can produce fairly good RAMS in just ten minutes. If a site manager took an hour over it, it would come out excellent. That’s a clear benefit. Instead of taking a few days, it’s done in hours – or even minutes.”

Now the company has a robust health and safety platform on which to build its future growth. Furthermore, to complement the digitalised RAMS solution, Mick has already implemented the HandsHQ Training Register to effortlessly manage the complex training requirements associated with high-risk work and keep track of training all in one place.

Download PDFTry HandsHQ for free
Get your 14 day free trial
Get to experience HANDS HQ for 14 days and see for yourself the difference it can make to your business.